I stole a yellow memo pad from the supply locker. I hope they don't care. I need to write something down. I remember hearing somewhere that having a journal is a good way to avoid going crazy. It was on the Today Show, or something like that. They'd have to be experts, right? Doesn't matter, I won't get in trouble. The bank won't be working for a while. I don't care though, after everything that's just happened. I don't want to work here anymore if this is going to happen in the area.  It hit around six tonight. It was right before I could close the drive-up. There was this weird hammering sound everywhere. I thought it was just some construction, but it didn't stop. A drumming started and came booming through every wall and counter. It was almost like a casual vibration or something. These things came out shortly after it started. I knew because I heard screams. At first they were everywhere around the building, people screaming, running, and being chased. A big guy in a Twins jersey came running by the bank's windows and something grabbed him from underneath. Something was crawling around out there. There was a scream, crunch, and nothing else. I hid down and behind the counters. Something exploded outside, sending a tree branch into the front doors and throwing glass everywhere. I crawled to the basement. There were more explosions, like they were following me. The lights went out quickly and without warning. I heard some brakes screech and a woman scream. The door to the basement still worked. A battery controlled the whole keypad thing. Three hours since then, my phone is holding the time at least. I’m going to hide here all night. The mold and dust smell is driving me a little nuts. The basement had a few cookies and stale chips from some old office parties. I ate them all. I don't care. I tried calling my dad, sister, and my girlfriend. No answer, nothing, not a whisper. It was probably like 9/11 when the phones crashed, or when Michael Jackson died. I'm going to try and sleep soon. The walls keep shaking, and there are distant sounds of smashes and screams. War? The Russians? An earthquake in Saint Paul? Whatever, I'm not going to sit down here all night. I'll have to pee eventually. The bathroom is upstairs. I'll try and sleep first. Maybe I can drive home in the morning. My dog is home after all. She hates thunderstorms. She can't be doing very well with this. 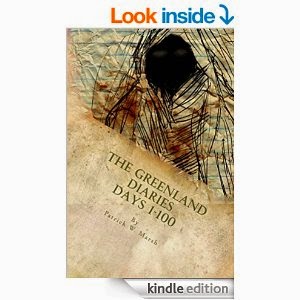